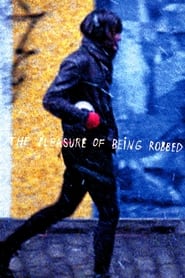 The Pleasure of Being Robbed

A lost and troubled Eleonore looks for something everywhere, even in the bags of strangers.

These young American filmmakers, these filmmakers who are doing American cinema a great service in one of its many cycles of fads and productions by infusing our independent films with youth, with films by youth, of youth, and probably for youth, these young artists need to be very careful. Because there is such a thing as being so immersed in your own milieu, its languages and its interests, that it is easy to myopically, solipsistically end up producing movies that are solely built on the quirks and the whimsies of a precious few, and those outside the circle will see nothing but self-pleased idiosyncrasy.
So congratulations are due to Josh Safdie and his wonderfully loose-limbed new feature film, The Pleasure of Being Robbed; it skirts such narcissism, and when it does indulge, it does so consciously, with care and with some judgment. That is to say, the film feels genuinely sorry for its heroine, Eléonore (Eléonore Hendricks, who co-wrote the film), who is indeed a bit of a prototypical young American indie lead. The title refers to a quality of hers somewhat akin to kleptomania, as she has a habit of stealing things casually and almost indifferently, be it a purse, a handful of grapes, or a car. (Or, in one of the film’s best and most magical gags, a bag full of a dog and a bunch of kittens.) The film follows lone Eléonore around New York for a couple of days with a handheld impressionism and an episodic, almost gag-based series of sequences of meeting friends, stealing things, learning how to drive, and taking spur-of-the-moment trips to Boston and the Central Park Zoo—a structure which may or may not have its roots in the short films Josh and his brother Ben Safdie have created for their website (Red Bucket Films). In fact, a lack of familiarity with the Safdie brothers’ work may be beneficial to The Pleasure of Being Robbed, as the film’s pleasing simplicity and its easy, gag-based niceness might wear off after seeing several shorter pieces in the same vein.
In Safdie’s feature, at least, that vein is a conscious and considerate one. Eléonore’s travails around the city are amusing and quirky, but the catch is that her idiosyncratic behavior is tendered a pretty potent loneliness by Safdie’s direction and Hendricks’ fully lived performance. She gives Eléonore’s movement through New York the sense of a girl trying to create sui genesis self-satisfied little dances, inside jokes and minute pleasures unique to her free character, but instead really give a sense of naval-gazing self-sufficiency which may cover a girl who needs to find something to amuse or distract herself to get through the day. Indeed, with no clear job, no clear romances, and the only two friends she meets being touching but fundamentally transient experiences, that Eléonore’s isolation has a need for activity and lonesome sensory experiences is what finally puts into context the kind of errant, introverted behavior these small-small American independent films are often crippled by. The Pleasure of Being Robbed isn’t exactly a criticism of its generational brethren, but it is a fundamental improvement, a small quiet film that sees its small quietness with a sympathetic sadness, and expresses a longing that ambiguously seems to waver between the filmmakers and their subjects. Is it Eléonore or is it Safdie that secretly aspire to something more? 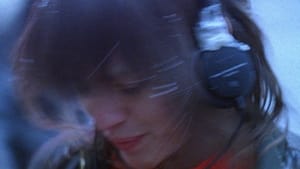